Faye may have an innocent face, but I swear she’s dastardly. I have the scars to prove it. Her sweetest moments are the interrupting naps between me and my keyboard. At least my dog lets me ignore her.

Faye may have an innocent face, but I swear she’s dastardly.  I have the scars to prove it.  Her sweetest moments are the interrupting naps between me and my keyboard.  At least my dog lets me ignore her.

I bought a bucket of toys to keep her distracted.  Still, I’m her favorite prey.  I can’t put on my socks in the morning without Faye gnawing and dangling at my toes.  There are new holes in all of my clothes and my precious pale skin is riddled with scabs.  I’m living in fear…cute, cuddly, fear.

Pet stores stock everything imaginable for dogs.  The cat aisle’s only got two choices – it’s either a laser pointer or some catnip.  I could give Faye one groovy psychedelic trip by purchasing both, but I’ve got ethical problems with drugging a kitten.  Anyways, I’m not really a fan of trance music or dubstep.

I love to write.  My mom insists I would be successful with drafting stories about cats.  But what the hell does she know?  She’s only a doctor.  My writing skills have waned from lack of practice over the years.  A pen is clearly worth more between Faye’s paws than my mitts. 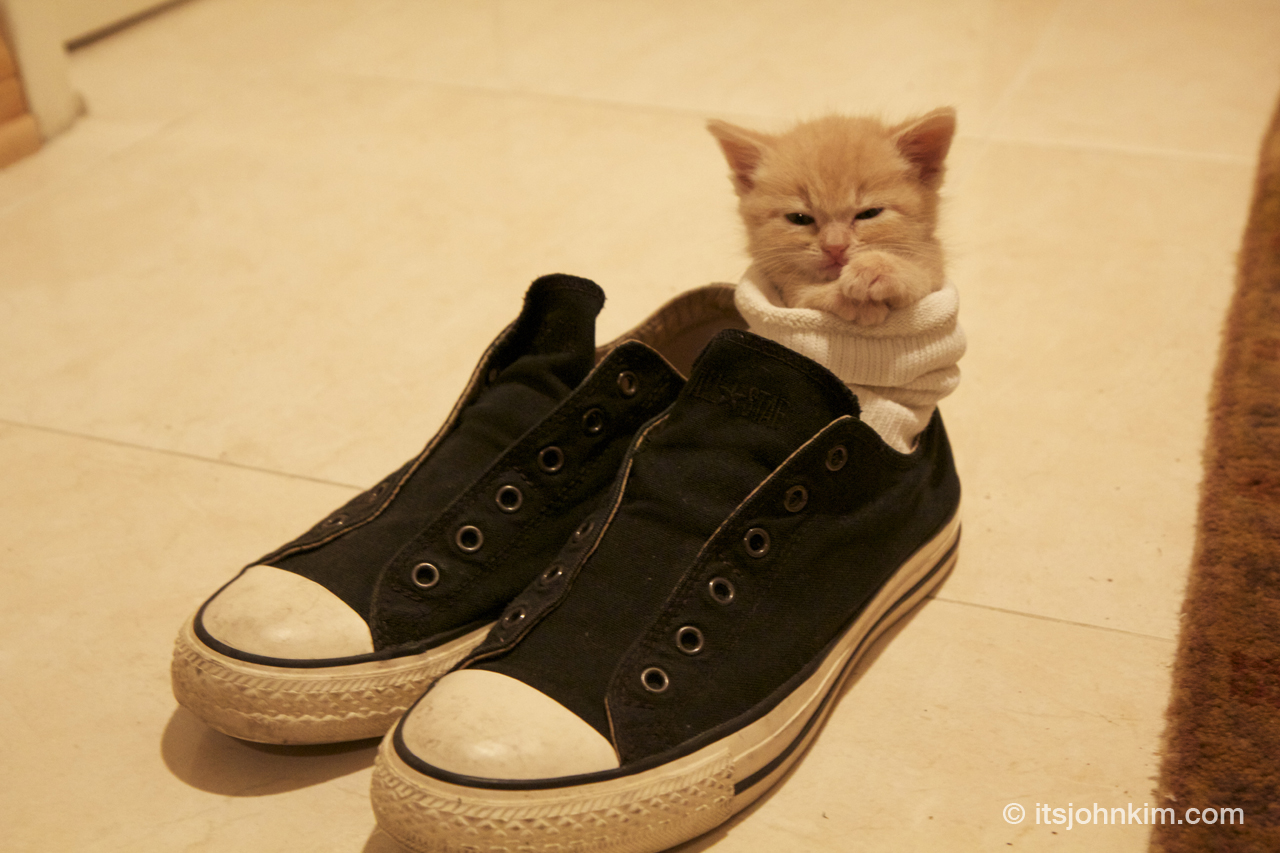 I have no interest in a career with cats.  Faye’s my only orphan.  I’m not raising a middle-aged woman’s platoon.  The furthest I’ll go involving felines is putting one in a sock, then in my shoe, snap a high definition picture, and later share it publicly along a corresponding video contained in a blog entry like a normal person.

Whatever the future holds, I’m happy with just one young pussy.  ~teehee

Everyone needs the occasional break.  The freedom to separate at times is healthy for any relationship.  To help Faye learn some independence, I let her doze off while listening to her favorite song.  I feel like it helps her fantasize through her murderous instincts rather than act out on them. 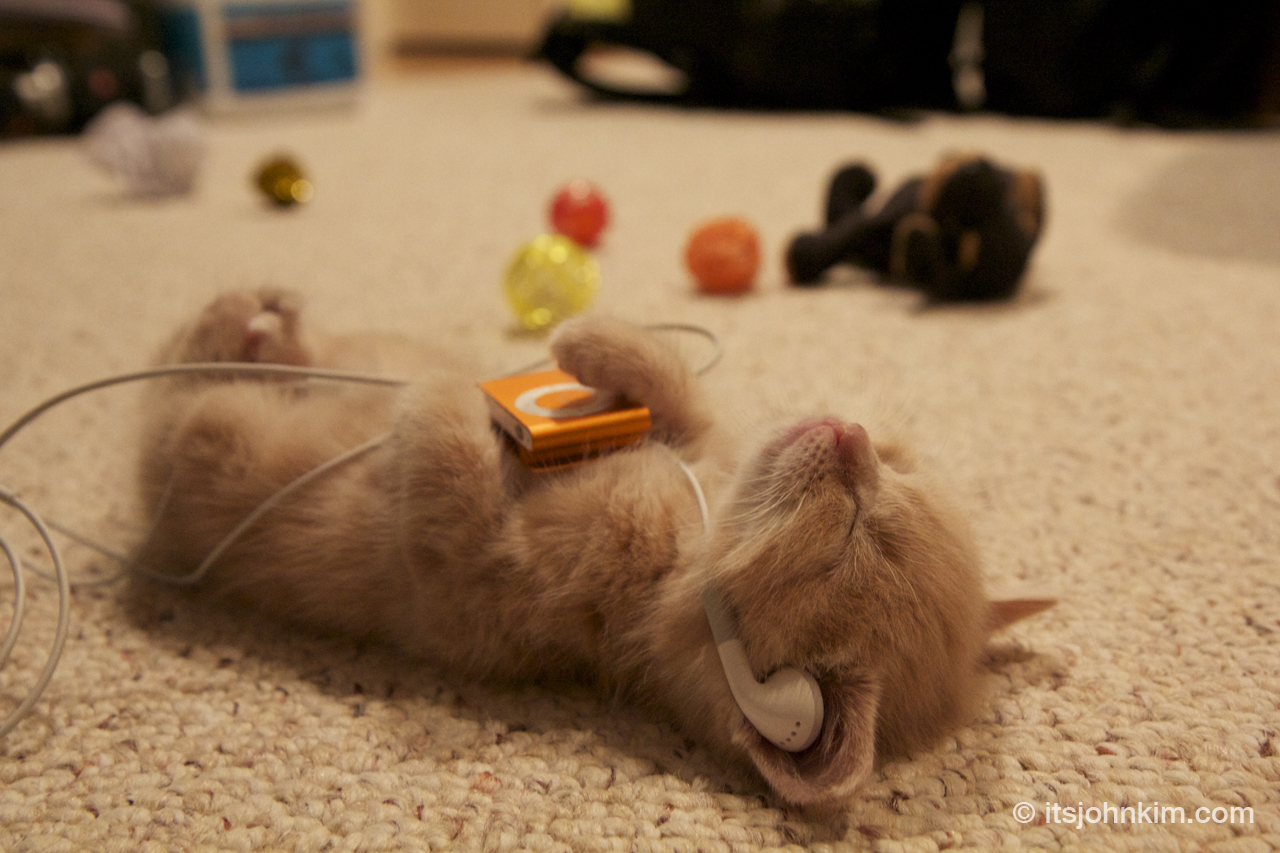 2 thoughts on “Fun with Faye”