I want to be fat. The world is greener for the pudgy rather than the puny. I’ve been skinny, short, and asian my entire life. Muzzle on a weather vane for a nose and I’m like the perfect platypus of typically unattractive features. My body was not whittled by kind hands. 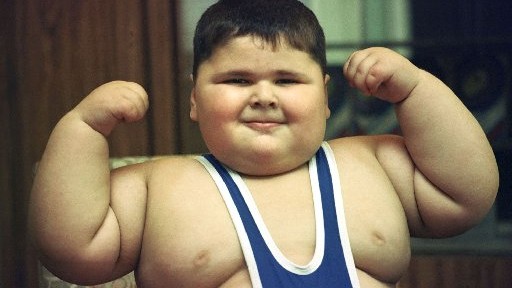 I want to be fat.  The world is greener for the pudgy rather than the puny.

I’ve been skinny, short, and Asian my entire life.  Muzzle on a weather vane for a nose and I’m like the perfect platypus of typically unattractive features.  My body was not whittled by kind hands.

Everyone always assumes that they’re so original and clever with their jokes.  Trust me, I’ve heard it all.  When I was a boy, quips about my large nose were the most popular.  Classmates cackled about how I was made of wood and must be a compulsive liar.  If Pinocchio was sitting in a chimney, I’d light the match.

“John, it looks like you’ve been lying.”
“I get it.  My face has an erection.  Nice one, Professor.”
“…be a good boy.  And always let your conscience be your guide.”
“Eff math.”

Society believes teasing about thinness, shortness, and good-at-mathness are within acting well-mannered.  I’m supposed to play the clown and compliment the pies being thrown in my face.  “By jove, you’re right! I am indeed shaped like a toothpick. Enjoy anotha pint of ale on me.”

I’m not even allowed to open conversations with jokes about how skinny I am.  Women get insecure and assume I’m bragging.  The last time I ribbed about shopping for my clothes in the kids’ section, every woman became self-conscious and began comparing dress sizes.  I’ve learned how to stand around awkwardly as women judge which parts of my physique are the most feminine, and how my legs would look killer in heels after a smooth waxing.

My mommy says I’m a man now.  I am not flattered by women envying my figure.

Proper etiquette is about making wisecracks behind the person’s back, hopefully a step out of earshot.  I cordially wait until my blubbery friends waddle their sweaty thunder thighs into a safe haven bathroom before I whip on their obesity because I was raised with upstanding values.  No one is ever as dignified to us thinners.

Working out to be buff is the wrong answer.  Washboard abs are only suited for promiscuous people.  I prefer monogamy and cuddling because I’m in touch with my bitch side.  If I were to hulk up this late in life, I would have to tolerate incessant joshing about always looking angry.  I’m tired of listening to banter.

My best move is to get fat.  Chubby is not good enough.  I want to put on so much chunk that everyone would worry about hurting my feelings.  The world would watch their words, otherwise everyone would have to find a new orbit.  I know people will joke about my fat ass whenever I leave the room, but I couldn’t care less.  Out of sight, out of mind.  Just like stumbling upon starving Ethiopian children, I’ll simply change the channel.

With the extra lard, people will finally find my humor endearing rather than intimidating.  I could tell fat jokes by the tons.  I would be free to unleash the onslaught without coming off as a jerk.  Pound for pound, I’d bout wits with the best of ‘em and the room would die laughing.

I might even get my own television show.  Obesity is so popular that I could establish a career of playing a buffoon husband opposite a sexy younger wife.  The sitcom would be titled “The King of Forks.”  I’d have money and cupcakes by the truckloads.

My maniacal laughter would be perceived as jolly instead of villainous.  I could break into your homes, eat all the cookies, and drink all the milk as long as I wear red.  I’d realize my Sound of Music dream of wearing curtains, and everyone would automatically assume I was a powerful singer before belching a note.

I never had many friends.  I imagine it’d be great to be so rotund, in a classroom, I’d be able to sit next to everybody.

The best benefit is that funny fatties get all the women because they extrude carefree confidence and maple syrup.  When girls tell a fat guy “Oh, you’re so cute and cuddly!,” hugs usually follow.  But whenever girls say to me “Gosh. You’re so skinny. I could probably break you,” they never follow up with a welcomed attempt at crushing my pelvis.

I wish I were fat.  No one understands the trials and tribulations of finding men’s jeans in a 29 inch waist.  Whatever.  The grass is always greener on the other side.  It’s currently past midnight and I’m gonna eat a quart of ice cream.